The construction sector in Spain: a testing time ahead

Prospective Manager for the Catalonia Institute of Construction Technology (ITeC)

The ramifications of the coronavirus crisis are still unknown, but forecasts have already emerged (FMI, Bank of Spain, Funcas) which predict a fall in the GDP of between 7 and 9% for 2020 and resurges of between 4.5% and 6% over 2021. Until more specific data is available in regard to the construction sector, we can only refer to the evidence from previous crises, which have shown that construction is capable of growing faster than GDP when the economy is buoyant but also offering less resistance when there is a downturn in the cycle. Applying this principle, one cannot discount a double-digit slump in the construction sector in 2020.

However, one cannot necessarily conclude from these precedents that construction will suffer worse from the economic crisis than the rest of the economy. There are some factors which indicate this scenario, but others which differ and additional circumstances which we cannot yet interpret:

For a while, public spending will need to prioritize assistance and subsidies to reduce permanent damage to the productive framework. Although public investment in construction could be used as an instrument to sustain the economy and employment, it is hard to actually imagine a significant surge of public works within Spain.

Over recent years, the construction sector has been very careful to scale production according to demand. The result is that stock levels (both housing and non-residential property) are reasonably affordable, provided the health crisis does not persist. In all events, it is nothing compared with the dramatic building boom which resulted in the creation of SAEB in 2012.

On the other hand, the total shutdown of construction has been limited to two-weeks. Bearing in mind that health considerations could easily have led to an extension of the “hibernation” period, a large part of the sector has managed to avoid the full impact of this inactivity.

People’s patterns of behaviour are going to change. A population less inclined to travel will result in reduced leisure-based construction and fewer holiday residences and properties designed for those seeking to retire abroad. But it is also possible that some families will look at repairs and extension work on their houses that they have identified during their confinement.

Lastly, we should look closely at the property market indicators. Experts in this sector are predicting a relatively active reaction (financing will still be available, unlike the previous economic crisis), although it may be uneven (the security of ‘prime’ assets will again be a factor). It will be essential to the construction sector that property demand does not collapse, as shown in 2014-2015, and the building industry will not recover until the real estate sector does.

This situation, in which worrying signs exist alongside other more benign indicators, is not ideal for confronting the new challenges faced by the sector. In all events, precious experience in how to deal with adverse times and a proven capacity for resistance will be invaluable. 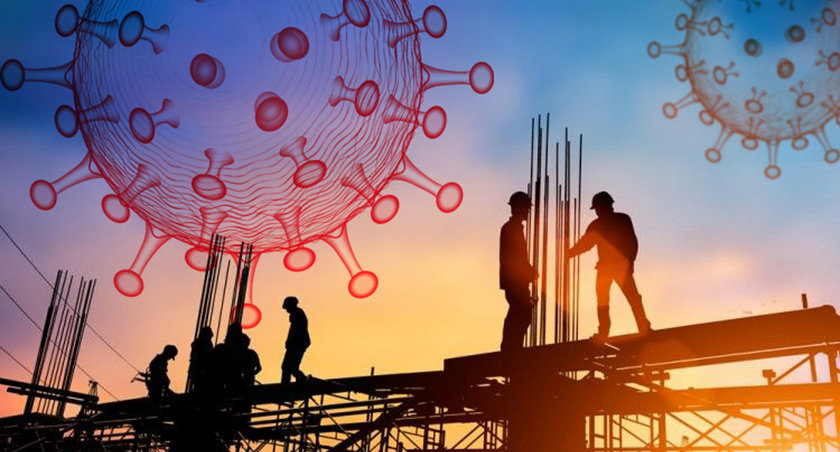