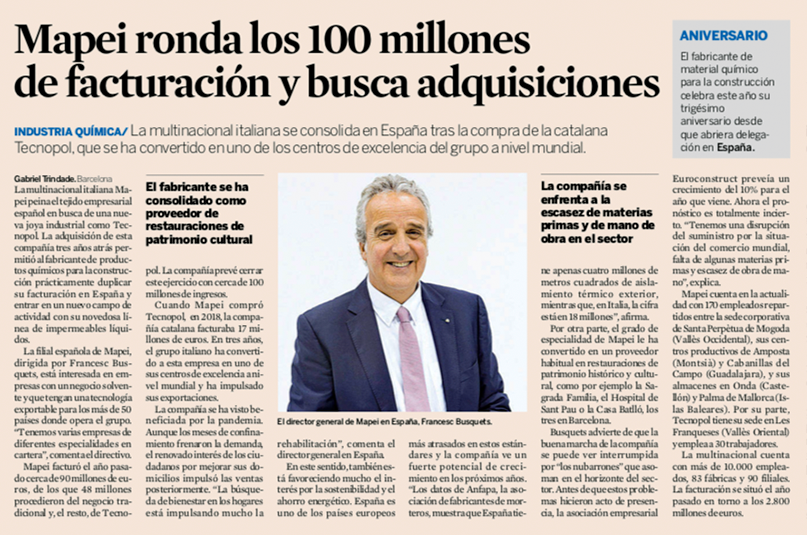 Articles on Mapei's 30th Anniversary and the company's current economic situation were published in the newspapers Expansión and La Vanguardia, with extensive references to the company's positive evolution.

Expansión: "Mapei rounds 100 million turnover and is looking for acquisitions". The Italian multinational is consolidating its position in Spain following the purchase of the Catalan Tecnopol Sistemas, S.L., which has become one of the group's centers of excellence worldwide. Link to PDF https://bit.ly/3jBm57D

La Vanguardia: "Rehabilitators of Gaudí". "Mapei Spain celebrates 30 years as a world reference in chemical products for construction". According to Francesc Busquets, "after some more acquisitions in Spain and abroad, Mapei Spain will reach a turnover of 100 million in three to five years".