Double success for Berta Garcia in the Italian national championship

Last weekend Berta Garcia took another important step in her career by winning two gold medals in the categories of 3x3 BLIND and MULTIBLIND in the "Italian National Championship". According to Berta herself, "I am satisfied with my performance at the Italian National Championship held in Rome, in the important championships (national, continental or world) the priority for me is to get the victory, leaving the mark in the background". With a total of 52 participants of 7 different nationalities, it is a meritorious success to have once again been successful in both categories. The next stop will be the championships in Stockholm on November 27 and 28.

The culture of effort is one of the implicit values in any sport or discipline; Berta Garcia is an elite athlete who surpasses herself every day, but also has a number of qualities out of the ordinary; without having yet turned 20 years old, she already holds 5 European records with the Rubik's Cube and 30 national records. In addition, he has managed to beat the Spanish record twice in memorizing the digits of the number Pi. 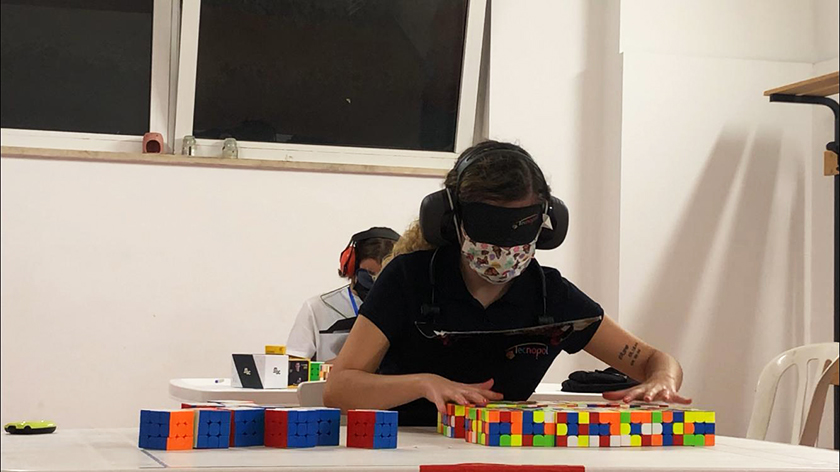 Tecnopol supports, collaborates and encourages Berta García to reach her future challenges (among which the world title in her specialty stands out).

Fitting the pieces together, whether it is a Rubik's Cube or a factory capable of serving tons of different waterproofing products, in the entire palette of existing colors, requires effort, sacrifice, rigor and the ability to adapt to the environment. Values and qualities that Tecnopol shares with Berta García.