Tecnopol collaborates in the waterproofing works of Glòries Tunnel 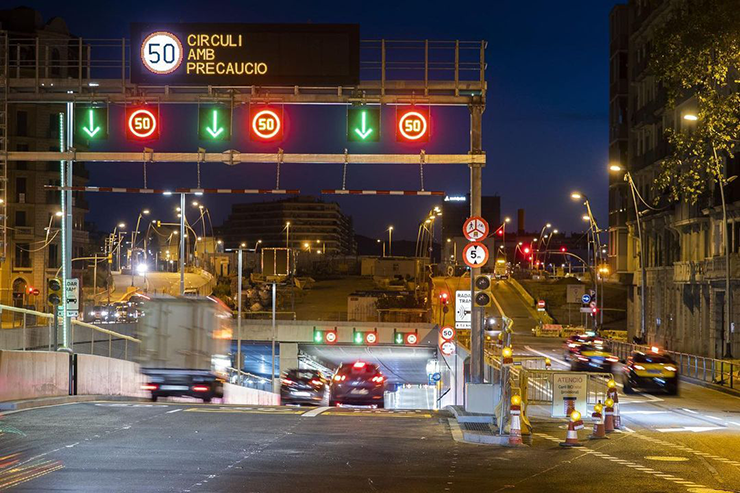 According to the description provided by Neoproof Soluciones Integrales, this was a highly complex project that lasted approximately 2 years. The Glories de Barcelona tunnels consisted of the construction and commissioning of urban tunnels -two independent tubes with unidirectional circulation- with a total length of 957 meters, which will collect the traffic of the Gran Via, with an average traffic volume of 90,000 cars per day. The tunnels follow the Gran Vía route and will pass under the four existing tunnels: L1 Metro, R1 Maçanet-Massanes line, R3/R4 (Manresa and Puigcerda lines) and the France-Sants station line. 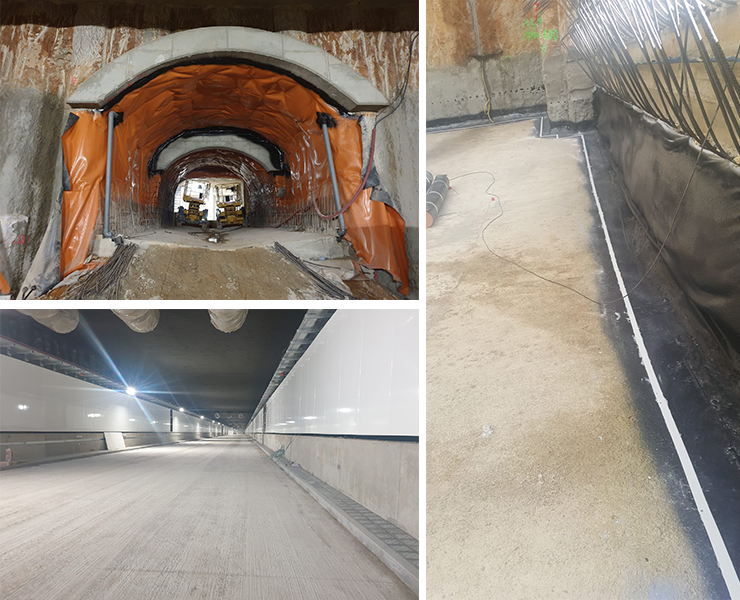 The first tunnel section (508 meters long) is located between the streets of Castillejos and Badajoz. It is the deepest section, and passes under the railway tunnels reaching 25 meters below the level of the square. The second tunnel section (449 meters long) will run from Badajoz street to Rambla del Poblenou, and will be a completely straight section with the same section in both directions, running at an average depth of about 10 meters below the level of Gran Vía. 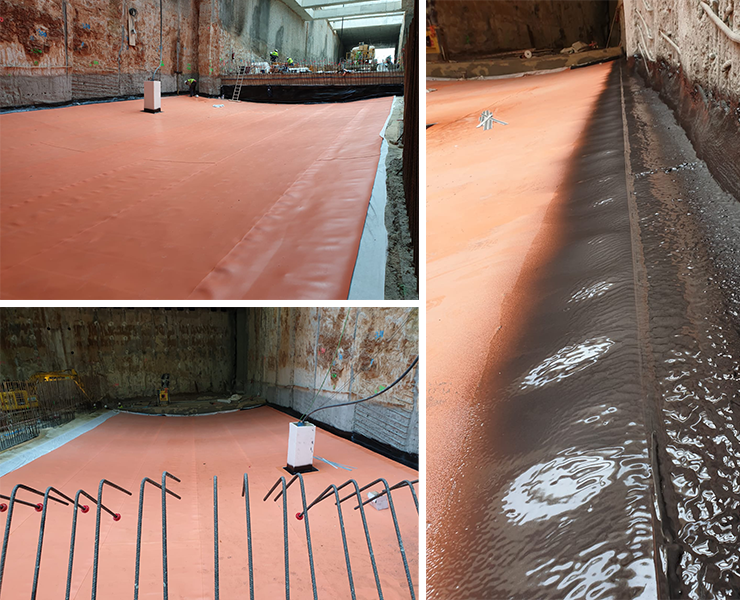 In our case, we have innovated in the waterproofing of tunnels by introducing hot pure polyurea membrane waterproofing for vaults, gables, polyurea has also been applied as reinforcement in the final finishes of the PVC sheet.